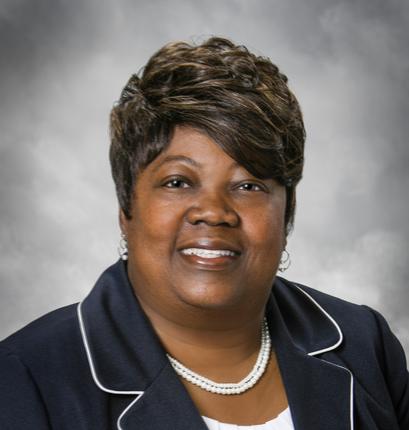 Angela H. Redding is a native of Cordele. She began her tenure as City Manager in January 2022 and has over 23 years of local government experience.

The City of Cordele has a Council-Manager form of government. In this type of government, the Chairman and City Commission is recognized as the legislative authority of the City, elected by the public and serving part-time, while the City Manager is appointed by the City Commission and serves at their pleasure, carrying out policies established by the legislative authority. The Chairman and City Commission provides legislative direction, while the City Manager oversees the day-to-day operations of the City, and the efficient administration of all city departments.

She is a graduate of Leadership Clayton, Georgia Academy for Economic Development, and the Atlanta Regional Commission Regional Leadership Institute (RLI).

In 2016, Angela received President Obama’s Gold Volunteer Service Award for her volunteer service in the community. Angela was recognized as an Outstanding Georgia Citizen by the Georgia Secretary of State in 2019.