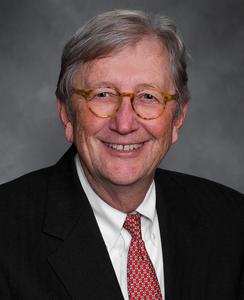 The office of the City Attorney provides legal counsel and representation to the Cordele City Commission, City Manager, City Departments, and other related boards and commissions.  Additionally, the office of City Attorney is responsible in the administration of civil, legal and quasi-legal matters, investigations, legal research, legal opinions, legal aspects of labor relations, EEO hearings and the drafting of ordinances and resolutions. Further, the City Attorney acts as legal representative for the City of Cordele in all cases of litigation whether brought by or against the City.

In February of 2004, Mr. Coleman completed his fourth term as Mayor of the City of Albany.  He served as City Commissioner of the City of Albany from 1976-80.  In 1985 he earned his J.D. and was admitted to the Georgia Bar.  He is currently an active member of the Dougherty Circuit Bar Association and the State Bar of Georgia.  He was President of the Georgia Municipal Association City Attorneys Section.  He currently serves on the Georgia School Board Attorneys’ Board of Directors.

Mr. Coleman worked for many years in the securities industry.  He served as an investment adviser and investment banker financing projects for cities, counties, school boards, and authorities throughout Georgia prior to practicing law.

He chaired the Southwest Georgia Area Planning and Development Commission, now the Southwest Georgia Regional Development Center, and chaired Governor Zell Miller’s Governor’s Local Governance Commission to make recommendations to the Governor about the restructuring of local government.  With his particular expertise in local government and local government finance, he has developed a clientele which includes a number of cities and counties, and school boards.  He was named to the Georgia Municipal Government Hall of Fame in 2013.  He is often called upon for advice and counsel by various communities throughout Georgia.  Mr. Coleman is a graduate of Leadership Georgia and has been named to the Georgia Trend List of the 100 Most Influential Georgians.

Mr. Coleman is married to Charlotte Martin Coleman.  He has three children and four grandchildren. Mr. Coleman is a member of Porterfield Memorial United Methodist Church.